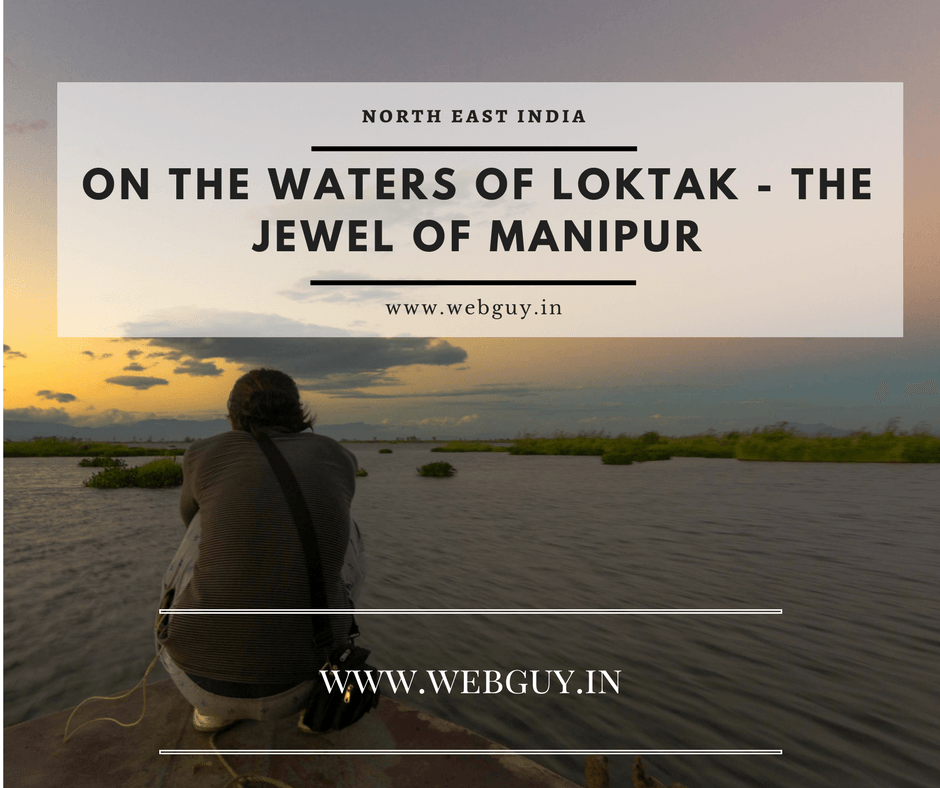 I had planned to write a round-up post of 2017, something like this one before the previous year ended and then by the end of January, I had planned to have written at least a handful of travel stories here on the blog. The reality, however, turned out to be completely different. And it is a shame that this is going my first (and only) post this month. While it is true that I had been caught-up with few things for the past couple of months but it’s absolutely not true that I was crazy busy and did not have time to write. So, I will blame it to not having the right environment to do anything!!

A Boat Ride On Loktak Lake – One that Cannot Be Forgotten

“Slow down, slow down! Watch out!”, came multiple voices from behind a huge mass of floating grass in front of us. There was a sudden sense of fear in the voices. Almost immediately, our boatman, the navigator, and my co-passengers scrambled to do whatever they could to bring our boat to a halt. It was pitch dark and I had no idea what I should be doing to help them, so I stayed put. Scared and confused. After what seemed like wrestling for forever to get out of the maze of huge masses of grass and weed, the guys at the job were finally able to stop our boat and avoid crashing with another family in a smaller boat, stuck on the other side of the maze. Everyone heaved a sigh of relief, our return journey had finally ended. But believe me when I tell you it was scary.

We were a little early for the Sangai Festival’s curtain-raiser so we decided to proceed a little ahead and explore the island(s) around the Loktak Lake. While I realized that it was a little late to start your journey to an island when everybody else on the boat was returning home. But being with a bunch of friends means you don’t think much and just go with the flow. So that’s what I did and hopped on to the last boat of the evening to Karang Island.

Almost immediately we were racing through phumdis, much to my horror! My friends might not have noticed it but I was on my toes throughout the journey which was supposed to last less than 15 minutes but ended – up lasting more than an hour. Talk about value for money. Every time the boat raced on a phumdi my mind could think of only two outcomes; either the boat is going to go upside down or we all are going to be thrown off in the cold waters of the Loktak lake. In both cases, I die.

Gorgeous Sunset at the Loktak Lake

I am sure it would have been more fun and I would have been way more relaxed if we had had life jackets. But we were not on a boating trip on Loktak lake but on a local boat people use to commute daily. I would have been their biggest dose of laughter of the day had I been sitting there in a bright life-jacket. For good or for bad, that was not to be. Which also means, I was not even half as relaxed as my other co-passengers on the boat. If that was not enough, the boat started to jump and wobble without any warning as the wind picked speed.

All I was thinking about was, how the hell are we even going to go back! The wind will be even stronger as it gets darker and another hour and a half long boat ride was something I was not ready to go on. While I did not want to think much about all that, it was tough to stop my mind from doing so. Thankfully, the views ahead were gorgeous and I found myself lost in it in no time. It was definitely one of the gorgeous sunsets I had ever witnessed. The sky changed color every few minutes. A thousand shades of golden yellow. I sort of became oblivious to everything else around me.

To Karang Island and Back

After our adventurous boat – ride, we finally reached our destination. Karang is a small inhabited island (a big phumdi) on the Loktak lake. It is off the tourist circuit so the feel here is very authentic. Sadly, we could spend very little time there as the last boat out was waiting for us. And with every passing minute, it was getting windy. We quickly hopped on to our boat and thankfully this time, we were not taking the longer route. No adventures in the dark.

Do you like boat rides? Or do they scare you? Let me know, I would love to hear from you.