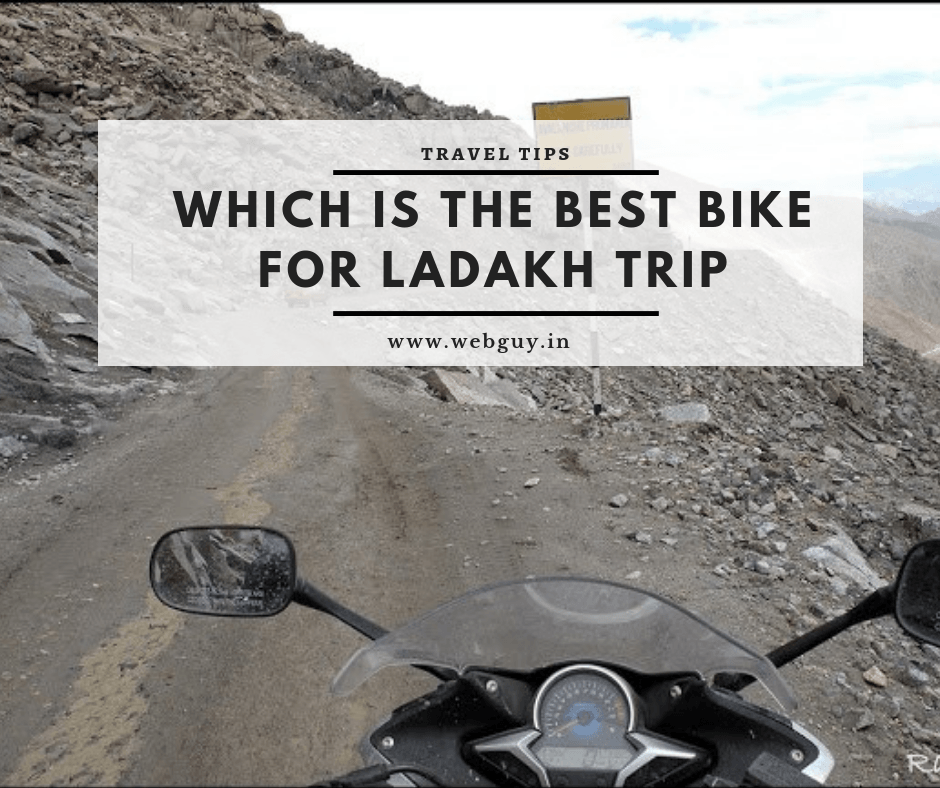 Ever since I came back from my maiden ride to Ladakh on a motorcycle a little more than three years back, I have been asked many times by friends, friends of friends and many others about a lot of different aspects about visiting Ladakh. What to see..where to go… how to go etc but if there has been one question I have been asked the maximum number of times, it was (and still is); ‘Can I ride to Ladakh on my bike? or Do I need a bullet to go to Ladakh?‘ or some other version of the same question.

Best Bike for Ladakh Trip – What to know?

This, the months after the winters, is the time when the roads across high mountain passes of mighty Himalayas open up and the holy grail of biking, Ladakh, becomes accessible by road.

Which Is The Best Time To Go To Ladakh?

This window of four-five months (May / June through September / October) every year is the time when bikers from across the country and beyond come to ride in Ladakh crossing some of the toughest terrains and facing extreme biking conditions. This is also the time of the year when I get asked about visiting or riding to Ladakh the most. My answers to these questions have more or less been the same over the course of last two-three years and I am kind of bored now, repeating myself and hence this post.

So getting to the point, the answer to whether you need a very powerful bike to ride in Ladakh? or is a 150cc bike enough for doing Ladakh ride? and other similar questions here’s what I can suggest you based on what I have seen, experienced and learned.

Even though it might sound like a cliché, the saying ‘it’s not the bike but the rider that takes you places’, is one of the truest ever saying when it comes to motorcycling.

Also read: All you should know about Acute Mountain Sickness (AMS)

No doubt having a bigger and powerful bike makes the ride and the journey more comfortable but having a small and not-so-powerful two-wheeler is not that bad either. I personally know or have come across people who have successfully visited all possible places in Ladakh on their sub 100cc bikes.

Whenever I have given the above piece of gyaan to whoever has asked me about which bike can I take to Ladakh, almost every time the next question has been, How?

Well, let me tell you how!

If you keep the following things in mind be rest assured, you will be successfully able to ride to everywhere in Ladakh and would make it back with no issues whatsoever.

Which bike is right for Ladakh?

All this being said, I personally think, no one goes to Ladakh on his or her two-wheelers just for the sake of reaching there. We go there to enjoy as much the place as we go to enjoy the entire route so in my opinion, anything less than a 150cc bike and in decent running condition and you will not really be enjoying the ride.

What do you think about my suggestions about the right bike to ride to Ladakh? Do you have any more point(s) which you feel I should add? Or, do you have questions of your own? Please shoot in.

57 thoughts on “Which is the best bike for Ladakh Trip?”